A downloadable game for Windows, macOS, and Linux

Good evening! So, you might be wondering why there's only one screenshot, and it just shows a black screen. This game came about while listening to an Extra Credits episode on Youtube talking about accessibility. A thought popped into my head: Why not make a game that a blind person could play? I don't think they talked about that specifically, but it popped into my head.

You ever think about how much we rely on sight in video games? Everything's got graphics in it - your Nintendo games, your mobile games, you name it. Even text-based games rely on your ability to see. I don't know of anything out there that DOESN'T rely on one's ability to see things. And that's exactly what this game's about - no graphics, no sight. "Sound without Sight" is the current working title.

Now, the human body's typically got five senses - Sight, smell, sound, taste, and touch. Obviously, we're not using Sight here, and touch is for the keyboard. As awesome as it would be to have a chip that gives you a nice lemony scent when you reach the goal on a level, or a foul-smelling fart when you fall down a pit, I'm no technological wizard, so that's out. Ditto that for taste. Which leaves us with one sense left - sound! Which leads me to talk about this game.

Think of yourself as a blind swordsman in the midst of a battlefield. You can hear foes closing in on you, their footsteps louder and louder as they draw closer and closer. When their footsteps are loud enough, attack with your weapon and cut them down with one slice! (This is just the 'Ctrl' button.) If they're close enough to you, you'll hear your sword strike them. If not, you'll hear your sword whoosh through air (and you'll take a short time penalty to "reset your stance"). If they hit you, you'll hear them hit you.

For this demo, I have two enemy types coming at you. If you can beat 20 of them before they hit you 3 times, you should hear a loud cheer, after which the level resets. Up 'til now, I've just released the full game and occasionally put it on sale as a giveaway, but this time I want to try a change of pace, see if a demo will give me some help: More publicity, feedback - anything I can get would be helpful.

One thing I will say is: It's surprising how much easier a game becomes to make without graphics. You're not worried about positioning of objects, or Rigidbodies, or collisions, or triggering other objects in the game... it was an interesting exercise. I hope you enjoy it!

EDIT 6/18/19: Sorry for the delay, but the full game is finally up! Thanks to everyone who played the demo while it was here!

In order to download this game you must purchase it at or above the minimum price of $1 USD. You will get access to the following files:

Sorry it took so long to put up the full version - long story.

The full game's finished! If you've been meaning to give the demo a shot, now's the time - once I put up the full game, I'm taking this demo down. Thanks to everyone who's tried it! 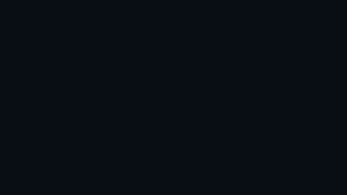